You are using the private mode of your browser. Please deactivate it to join the classes.

Accomodation in walking distance: https://www.gabrium.at/ http://www.city-hotel.cc/ (Please tell them that you are from the yoga group). Furthermore, we will collect all participants who are interested in sharing an Airbnb Apartmetn after early bird period. So we will come back to you beginning of April if you do not want to stay in a hotel.

Jo Phee is a senior Teacher Trainer for Yin Yoga teachers around the world. She is the primary assistant to Yin Yoga founder Paul Grilley, and a long time student and registrar for Sarah Powers trainings in Asia.

Jo is the first generation Yin Yoga teachers trained by Paul Grilley and Sarah Powers 13 years ago. With 3500 hours of apprenticeship with both of them, Jo has been mentored by Paul to teach his entire teacher training curriculum. With 19 years of yoga experience, Jo has taught 10,000 public Yin classes since 2006 and 70 Yin Yoga Teacher Trainings around the world.

Jo graduated from the Bihar School of Yoga where she took rigorous examination to teach the original Yoga Nidra practice developed by Swami Satyananda of the Bihar School. Her formal education in this practice and knowledge of the Chinese Meridian system inspired her to develop a systematic and detailed outline of a new practice - Meridian Nidra. Jo was the first Yin Yoga teacher to incorporate a comprehensive Chinese Medicine module, 'Guasha' treatment, Acupressure and Myofascial Release into Yin Yoga teacher training programs worldwide. She is the creator of Meridian Nidra, AcuYin and MyoYin.

Driven by a profound interest in functional anatomy and fascia, Jo has attended numerous human cadaver dissection labs in the United States and Europe. She has 500 hours of dissection lab experience and has studied up to 40 cadaver specimens to-date, including a dedicated neuroanatomical dissection of the brain and spinal cord. Jo studied Anatomy and Kinesiology at Marquette University in Wisconsin and Myofascial Release at the John Barnes MFR Institute. She has attended fascia school at Ulm University Germany and the Anatomical Institute of Leipzig University. She is a founding member of the Fascia Research Society and a team member of the Fascial Net Plastination Project. She is involved with the team to create the world’s first 3D Plastinated Human Fascial Network at the headquarters of the renowned Bodyworld Exhibition in Guben, Germany.

Jo’s teachings are a blend of the science of Western Anatomy fused with Eastern Medicine and Philosophy. She resides in Singapore but spends 90% of the year traveling the world delivering Yin Yoga Teacher Training programs. All of her trainings are endorsed by Paul Grilley and Sarah Powers Insight Yoga Institute. 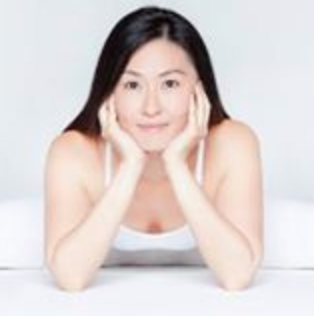 No refund 3 months before the training starts. Full refund minus € 250,- admin fee will be given only if a substitute can be found.

* All prices including VAT

You have been inactive for over one minute and will be automatically disconnected in seconds. To avoid this press any key or the button below.
Avoid signing out