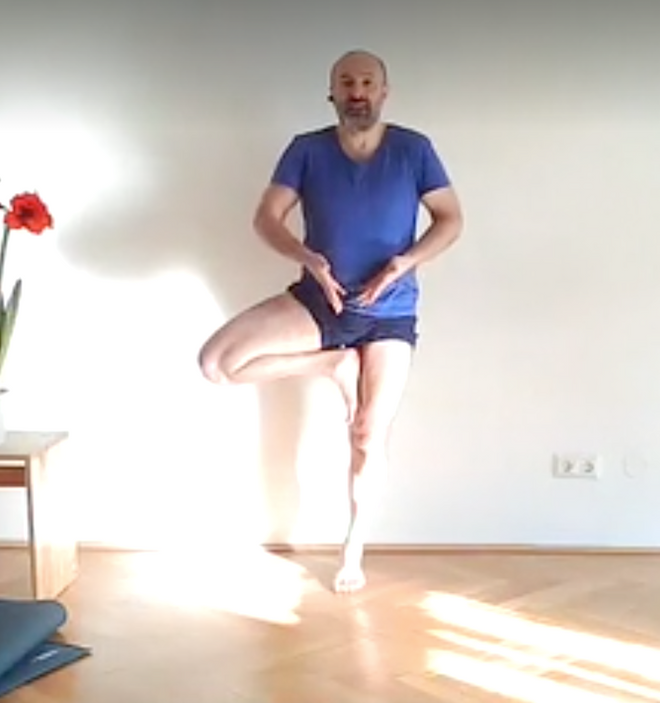 The pose is the second pose represented in Light on yoga. It is written that the foot act as the root, the leg as the trunk, and the rest of the body the branches. It becomes a foundation for all standing, balancing poses as the action of the leg, which are opposite, will ripple throughout. It will tune your legs muscles, open the hips, give you a sense of balance, endurance, and self-confidence. It improves neuromuscular coordination, alertness, and concentration. It might help those who suffer from sciatica. In mainly all asanas the breathing should be done by the nose. Do not restrain the breath while in the process of the asana or while staying in it.

Be cautious if you have a knee or hips issue, if vertigo or lack of balance, use a wall or support for your hands.

Feel free to write to me concerning questions addressed to brunoteyssandier@gmail.com and I will be answering directly to you by the return of your email.