Video library The ABC of Pranayama 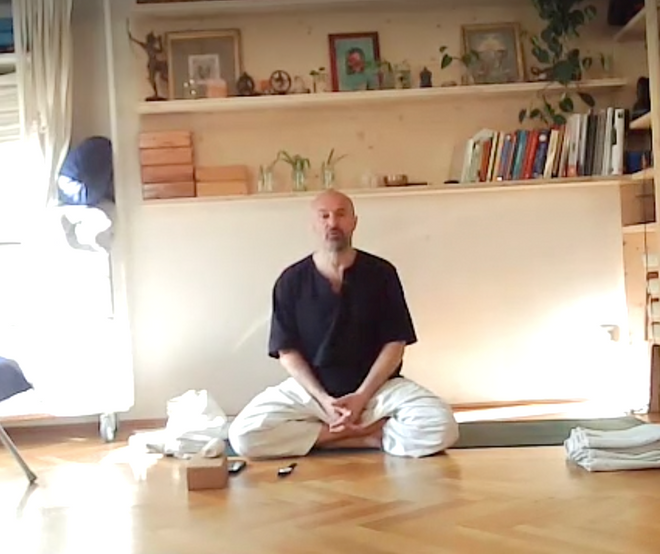 The ABC of Pranayama

The Sanskrits word Prana stands for life force and ayama for control or expand.

In this video we will look into the practice of Pranayama - different tools of breath. We'll look into Ujjayi breath and many other techniques.

Breath is one of the most important parts of our lives that happens approximately 22.000x a day without thinking about it and still we often do not pay any attention to. That is why we will look into the art of breath - the Pranayama.

Please make sure to make yourself comfortable by sitting on the floor, on a polster/block, lying down, finding a seat in you chair - whichever position makes you feel comfortable to be able to slow down

Together we will dive deep into the Pranayama, if there are any questions that are popping up before the class, please do not hesitate to send an email to brunoteyssandier@gmail.com.

Looking forward to seeing you on the mat/floor/chair :)

PS: our videos are like we are: "perfectly imperfect". Instead of being technically perfect, our videos are convincing in terms of detailed knowledge and experience.